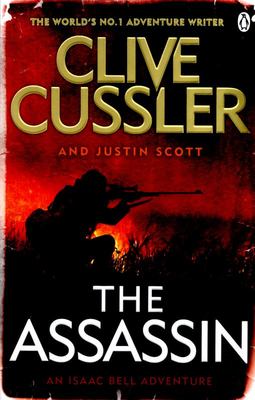 Bell summons his best detectives to scour the site of the crime for evidence. Who is the assassin and for whom did he kill? But the murders-shootings, poisonings, staged accidents-have just begun as Bell tracks his phantom-like criminal adversary from the "oil fever" regions of Kansas and Texas to Washington, D.C., to the tycoons' enclave of New York, to Russia's war-torn Baku oil fields on the Caspian Sea, and back to America for a final, desperate confrontation. And this one will be the most explosive of all.

Clive Cussler (Author) Clive Cussler is the author or co-author of a great number of international bestsellers, including the famous Dirk Pitt(R) adventures, such as Arctic Drift; the NUMA(R) Files adventures, most recently Medusa; the Oregon Files, such as The Jungle; the Isaac Bell adventures, which began with The Chase; and the highly successful new series - the Fargo adventures. He lives in Arizona. Justin Scott (Author) Justin Scott is the author of twenty-six novels, including The Shipkiller and Normandie Triangle, the Ben Abbot detective series, and five modern sea thrillers under his pen name Paul Garrison. He currently co-writes the Isaac Bell series with Clive Cussler. He lives in Connecticut.